In 1991 Mr. Pikrakis started his activity in the aluminum industry, by cooperatively establishing a constructional unit of frames for wholesale.

In 1995, he left the company and with the creation of a model exhibition for that time, he is turning to retail.

In 2001, he completes its own production and painting facility for rails, arched windows and shutters. This unit was the first of its kind to offer a complete range of products and raw materials to the manufacturer, since, over time, it has added products and commodities according to the needs of the professional. His children are actively entering the business.

In 2005, sales begin in other regions of Greece, mainly in Rhodes, Karpathos and Attica.

In 2006, the company’s extroversion and the search for new markets begins. Italy was the first country since we first sent our railings outside of Greece to Sicily! The first major export came in 2007, which involved the construction of the courtyard and doors for the artificial island of Pearl Qatar. In Cyprus, our presence was strong, with the existence of an exclusive showroom in the city of Limassol and projects such as the Limassol Marina. Participating in business missions in countries such as Libya, Lebanon, Syria and participation in international exhibitions such as the Big 5 Show in Dubai. Now our company is a member of the Hellenic-Arabic and Greek-Nigerian Chamber of Commerce and Industry and the TEC, and, nowadays, our products have travelled to Spain, Germany, Italy, Greece, Cyprus, Nigeria, Israel, Qatar, Trinidad.

In 2009, he completes a standard building and engineering investment model of 4.5m €.

In 2010, the construction unit of the frames operates.

In 2014, he renews the corporate identity with an appreciable freshening on the logo and corporate leaflets.

In 2015, the exhibition is being refurbished.

TODAY, is now a strong vertically integrated aluminum production and dyeing plant with a strong international and local presence. Certified according to EN ISO 2015: 9001 and the Qualicoat seaside class, manufactures any aluminum construction according to the specific requirements of the customer and the needs of the area. Most important: Undertakes the exact measurement and placement also outside of Greece. 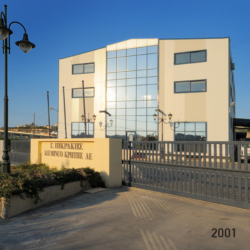 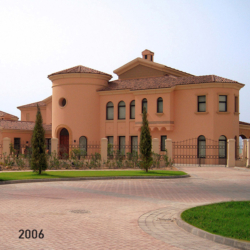 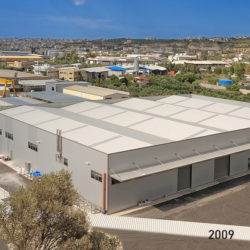 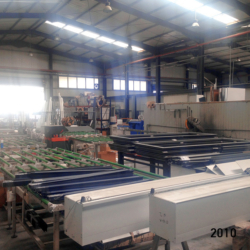 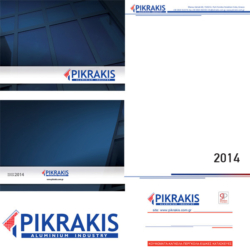 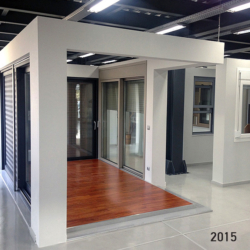 We can use cookies to ensure that we give you the best experience on our website. If you accept we will assume you are happy with it.OkNoTerms & Conditions
Cookies